These two female athletes have been itching at each other and now both have the chance to show who rules the 125 lbs women’s division. 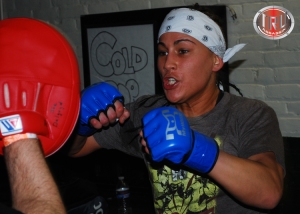 Gurgel coming off a knee injury and 19 months off pulls a unanimous win over Casey Nolan in a shaky performance at Bellator 78.

We caught up to Jessica for an exclusive interview:

TA:How long have you been waiting for this match up with Zoila Gurgel?
Eye:1- I guess it really started after a grappling tournament I competed in Toledo. I grappled a teammate and some how things got heated from that point on . We had Lil tweet beef that ended as quickly as it started. But that’s when the passion to fight her came out . Not just cause of beef but cause she is also considered the best & best is what I am after .

TA:After Zoila’s lack luster performance last month due to coming off an injury and ring rust, any special provisions in your training for this fight? And how do you prepare mentally for big fights like these?
Eye:You have to be careful with a fighter who has been off for long periods. It’s a good & evil . No pun intended but . But they are dangerous cause they are gutless and want to find a way to get back in the game with same feeling last time they had. So I am aware of her eagerness to show others & herself that she is mentally and physically prepared as she once was . The differences with me & her is I know I am . I have had my share of battles throughout every camp , I just voice them as freely has her situation , I had had fractures and other injuries that I worked thru to get to this very moment fighting Bellator champion Zoila .

TA:Any predictions for this fight?
Eye: I am not good with predictions because fights are 50/50 game . But I plan to be well prepared and I will show everyone by leaving it in the cage.

Catch this live event on MTV2!

We have now have included our limited edition TRUassassin Fight Shorts in the November 2012 25 % off  special using the TRUassassin fight coupon. Our vale tudo shorts are made of 100% spandex poly, very durable and and designed for more room for sponsors. Our board shorts

Inbox us for size availabilty

are made of polyester with a lycra crotch for high kicking and also designed for extra room for sponsorships. Make sure to Like us on Facebook or follow us on twitter or sign up for our newsletter to receive these 25% coupons for this month and also coupons for future months. Be sure to inbox us on facebook or message us on twitter for size availabilty

Another stellar night for the NAAFS at the Jacobs Pavillion in Cleveland Ohio with three big wins from the local celebrities Jessica Eye, Torrance Taylor, and Isaiah Chapman all bringing in impressive wins tonight.

Isaiah Chapman battles three rounds in a very entertaining burn burner with a game opponent winning a hard earned decision. Chapman climbs to 3-0 and continues to look better and better each time out.

Torrance Taylor won impressively with a 3rd round stoppage and winning the stoppage of the night award. Seasoned fighter and appearances in Strikeforce, we can expect to see Torrance soon and high in the rankings.

Jessica Eye came very prepared and focused as she outclassed her opponent with masterful cage generalship and pin point accuracy with punches and leg kicks. With this win, Jessica improves to 8-1 as a pro as she climbs through the rankings.

Tonight August 17th 2012 Jessica Eye goes for her 8th win as she currently holds a record of 7-1. Jessica has fought in venues like NAAFS and is now a Bellator fighter. Tonight she fights on the NAAFS rock n rumble 6 at the nautical stage in Cleveland ohio. P
TRUassassin Fight Gear and Apparel provides fighters and fight fans quality fight equipment and stylish trendy clothing 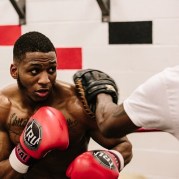 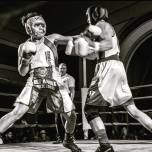