Besides the fact we really missed Micheal Buffer, we had to settle with Wiling out with Nick Cannon’s ring announcements. other than that, everyone in the arena seemed pumped. Andre Wards debut fighting on HBO taking on the number 1 guy in the division Chad Dawson who came down to meet Ward at 168 lbs. Both fighters came into the ring looking in great condition. Ward steps in at 25-0 coming off a 12 dec over Carl Froch while Dawson steps in at 31-1 coming off a majority decision over Bernard Hopkins.

Round 1- Both guys come out slow using the jab and try to feel each other out. both fighters looking to counter punch. Seemes Dawson tries to be the aggressor while Ward moves on angles trying to counter. Pretty much even round.

Second round- Starts out the same, both fighters looking to counter punch. Ward tries to be aggressive which pays off by cutting Dawson over the right eye. Both fighters both go back to the counter punch game with clinching in between. Slow second round, you could give Ward the round with the cut.

Round3- starts the same, in the middle of the ring both trying to counter punch. Tactful round till middle of the Dawson getting caught by a beautifully executed left hand to the head set up by the right hand to the body. From there the fight changes. Ward presses on with combinations but then Dawson tries to return back. 3 round goes to Ward.

Round 4- Dawson falls victim again by a Ward left hook which he gets up and tries to shake off. Ward tactfully presses the attack and methodically breaks down Dawson. With the right eye bleeding, Dawson stays in front of Ward without any attack. Ward wins round 4 easily.

Round 5- Starts back being a tactful fight, both fighters in the middle of the ring counter punching with Ward getting the best of the exchanges. With Ward fighting his fight, he wins exchanges with combination to the head and body with Dawson still looking for that counter punch. Ward wins round five in impressive fashion.

Round 6- With 5 rounds behind, Dawson starts the round off standing in front of Ward with no aggression. Ward comes on dictating the fight using his jab to setting up his big shots. Dawson steps in with an aggressive combination but with little effect as Ward comes right back with a combination of his own. Ward stays busy masterfully winning round 6.

Round 7- With Dawson’s corner pleading for him to step it up, Chad comes out silenced with Ward staying busy attacking and counter attacking with combinations to the body and head. Dawson has no answer for the relentless assault from Ward as he landing body and head shots at a high rate. Ward wins round 7 convincingly.

Round 8- Ward comes out in boxer puncher fashion attacking Dawson with combinations set up by the jab with no significant return from Dawson. In the process of breaking Dawson down with heavy precised shots, the cut over Dawson’s eye worsens. Ward stays busy while Dawson stays in survival mode. ward wins round 8 with no contest.

Round 9- As big concerns in the Dawson corner, Garcia begs Chad that he needs to go for broke. Round 9 starts out in Ward fashion stepping in with combinations and countering Dawson’s counters, Dawson standing in front of ward bleeding and no offense. With referee Steve Smoger looking in carefully, Ward mounds steady attacks and counter attacks breaking down Dawson with again no return. Ward wins round 9 .

Round 10- Bloodied and broken down, Dawson comes out for round 10 needing a knock out to win. Ward comes in smelling a victory, puts a combination together breaking his opponent down in championship fashion dropping his battered opponent. Dawson gets up with no intentions of going on, tells Smoger that he’s done and to end the fight.

Someone can argue That Dawson’s lack luster performance was due to dropping down in weight to meet Ward at 168 but was this really the case?… No. Ward Masterfully broke down the number 1 guy in the division Chad Dawson.. No excuses. So with this win, what is next for Ward? Who ever it is, its gonna be a hot ticket as Ward stocks rises again.

Fighter’s ultimate sacrifice.. are you prepared? are you ready?  A young kid steps into the gym for the first time. He learns, trains, pours sweat, blood and tears for years trying to master his craft. He is determined to win. He trades play time for hard work gym time. For him, gym time IS play time.. Over time this young kid develops into a young man with skills and talent, all he wants to win and win big.

It’s time. This young man is 20 yrs old now. He is a decorated amateur champion. Managers want him, big promoters him. This young amateur champion’s future looks brilliant with a chance to join one of the biggest promoters in the game with a lucrative contract in the future and train with the best professionals in the game. life is good, but with one exception and maybe the biggest ultimate sacrifice in his life. This young man has a fiance and a child on the way. With training camp 1500 miles away, the young fighter’s fiance is unwilling to pack up and leave 1500 miles away from her friends and loved ones.

With big opportunities 1500 miles away, what does the young fighter do? Does he pack up and leave his family behind to chase his dreams? This Is one of the ultimate sacrifices a fighter faces if he wants to become champion. Becoming a champion comes with not only hard work and dedication, but sacrificing loved ones.

Ok lets fast forward. This young man followed his dream, put in 16 yrs and became 3 time world champion. He has money, fame but he is missing one important thing. Through his journey becoming a 3 time champion, sacrifices were made along the way. Now after the end of his career, his wife is distant, His kids barley know him and even some cases resent him.

In many cases this becomes a reality but I imagine not in all. Becoming a champion is a hell of a thing. Your fight career (if you want to become champion)  has to be top priority. It comes before girlfriends, fiances, wives, even your kids. Its a hard cold fact but with a heart of a champion comes with choices and sacrifices of a champion.

Young amateurs should realize what it really takes to become champion and to make wise decisions early so that the ones down the are not as tough.

Ultimate question… are you ready to be a champion?

In our effort to expand our presence in the ultra competitive market in MMA and Boxing fight gear and apparel, we have teamed up with the Global boxing publishing site World Boxing News and the one stop fight magazine KontacKmag. “It is an honor to be able to work with one of the top MMA and boxing news sites online today,” stated Scott Neal, President & CEO TRUassassin Fight Gear and Apparel “The month of August was already shaping up to be the best in company history thanks to top level regional MMA  and boxing events, but with the ads on World Boxing News and Kontackmag we will get more national exposure than ever before.” 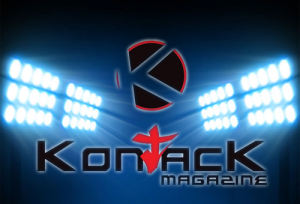 TRUassassin Fight Gear expands partnership with decorated amateur and 6-0 as a pro Wilkins Santiago.
You will be seeing Santiago on the TRUassassin affiliates page.
TRUassassin Gear has been working with Santiago since 2010 after his first bout with Torrence King and been teamed ever since.
Wilkins has worked hard after a 5 year layoff dealing with mistakes growing up as a young man. He now has left the past behind him and has put a string of wins getting him to the pro record of 6-0.
Rumor is that Wilkins was invited into the Mayweather camp to workout and spar with the big names.
We are expected to see Santiago high in the future rankings soon!

TRUassassin Fight Gear and Apparel provides fighters and fight fans quality fight gear and stylish trendy clothing
Like us on Facebook.com/TRUfightgear
Or follow us @truassassingear 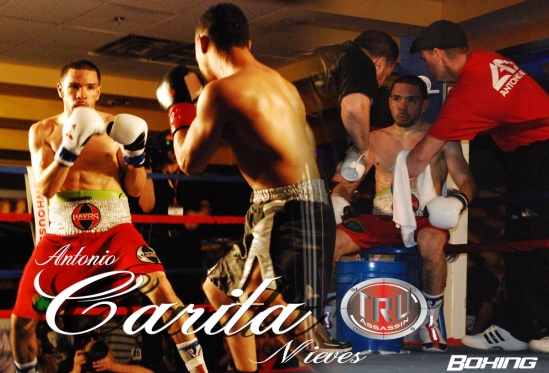 Truassassin Fight Gear and Apparel is a growing boxing and MMA equipment and clothing company that not only carries stylish apparel and quality equipment, but sponsors quality fighters. 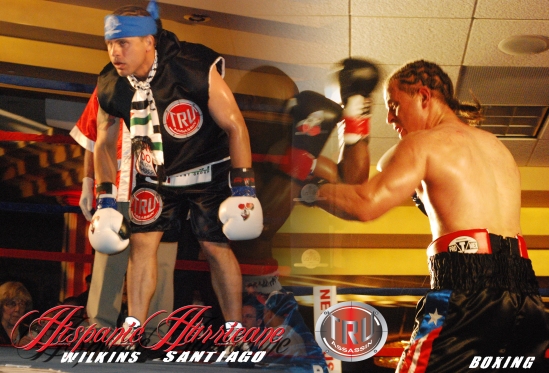 Wilkins Santiago wins against a war tested Veteran in Paul Mpendo winning a 6 round dec last night at the “Leave No Vet Behind” Vannewhouse productions boxing event in Cleveland Ohio. 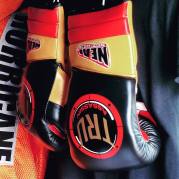 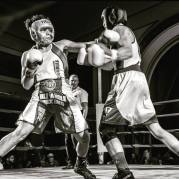